Hello!! I hope you are all keeping cool and drinking plenty of blue milk as this summer blazes on! I get asked quite a lot for book recommendations so I thought I’d put together a post on stuff I recommend for some great summer reading! I’ve kept the Legends stuff relatively sparse as I’m thinking about doing an entirely separate blog post about entry points into the Legends universe. That being said, there are a couple on here that make the list because I can’t recommend Star Wars books without a couple of Legends in here!

Anyone who follows me on social media will know I’ve been raving about this epic Legends series all year and with good reason! I think the NJO is probably my favourite Star Wars of all time. I’ve never read anything quite so ambitious, so far reaching in scope and so moving. Because the series is so long, we get to fully experience every moment of this war, so much so that you feel as if you are slogging through it alongside the characters. Speaking of the characters, I have now reached the point where I have spent more time with Jacen, Jaina, Mara and of course the Big Three then any other fictional characters. I have watched them grow so much, even from the start of these books and I can’t wait to see where their journey takes them.

HOWEVER, I totally understand that 19 books is a serious endeavour. I had to think long and hard about whether I was going to commit to it and I’m a reasonably fast reader when I put my mind to it. I’ve been doing a little bit of research and there is a tip I’ve stumbled across that might provide a shortcut for people wanting to read the NJO but who don’t have the time or resources to spend on it!

In the UK, only 5 of the 19 books were published in hardback. Apparently, if you only read these 5 hardbacks they will give you a good enough overview of the series that you can get away with reading just them. Whilst there are some great stories in the other books, this might be a good option if you want to experience the NJO without committing to the entire saga!

So, the books you need are Vector Prime, Balance Point, Star by Star, Destiny’s Way and The Unifying Force. I’ve read all bar the last and I have to say I think it’s pretty good advice! From what I can remember, these books contain a lot of the key plot points and I think it could be a great alternative to reading all 19! (That being said, if you are an avid reader and have the time and energy – do yourself a favour and read the series because it’s excellent!)

Nothing screams fun summer reading like a Han and Lando novel right?! In Last Shot we are treated to the hi-jinks of young Han and Lando in a time-hopping, rip-roaring ride of a novel set across three different time periods. The time periods are – Lando pre-Solo, Han immediately post-Solo and Han and Lando a couple of years after Return of the Jedi. 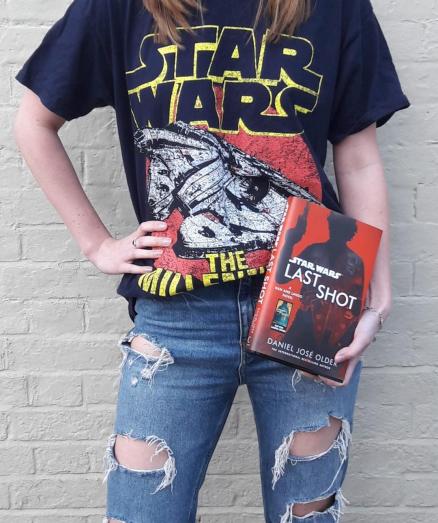 If you didn’t get a chance to read this book before watching Solo: A Star Wars Story then this summer is a great opportunity to try it out! Not only is it a great portrayal of both Han and Lando, so fans of both characters will be pleased, but it also gives us a better portrayal of L3 who lights up every page she is on. We are also treated to a whole host of new and exciting characters who keep this novel feeling fresh. I highly recommend picking this book up, especially as you have time over the summer to read it before Solo comes out on DVD in September!

It’s an older canon book my Lord but it checks out. (Sorry – was that too much of a dad joke?!) Lost Stars has been out for a while but I wanted to include it in this list in case there are people reading who either haven’t read much of the new canon or, indeed, Star Wars books in general! It’s a great entry point into Star Wars literature because you only have to have watched the Original Trilogy (The Force Awakens is a bonus) to understand what is happening. In fact, it is a great lens to view the Original Trilogy as events are taking place through the eyes of characters who were there for all of the key events, even if they weren’t the big heroes or were on the wrong side of the war.

Lost Stars offers a fascinating peek behind the shroud of mystery that surrounds the Empire. We follow two young cadets as they climb the ranks of the Imperial Academy before one becomes disillusioned with the regime and leaves to join the Rebel Alliance. If that wasn’t tempting enough, Lost Stars successfully pulls off a sweeping, forbidden love story which the Star Wars universe lends itself so well to. It’s a dramatic and riveting read and if you’re curious to read some of the Star Wars Expanded Universe but are not sure where to start – Lost Stars has got you covered!

It’s no great secret that the Aftermath trilogy by Chuck Wendig was a seriously polarising series of books. I’ve got to say – I have no idea why! This trilogy will probably go down as some of my favourite Star Wars literature. It’s true the style might not be to everyone’s taste – written in present tense I know this can be jarring for some readers. I personally found it kept the pace fast and fresh, and I tore through the books. I also found I looked forward to being back in the story the minute I picked one of the books up.

It’s set between Return of the Jedi and The Force Awakens and deals with the immediate fallout from the Battle of Endor and the tail end of the war between the dying Empire and the rising New Republic. We’re also treated to a cast of new and diverse characters who light up this story. They are a motley crew of an ex-Imperial, a bounty hunter, a murderous reprogrammed battle droid (a personal favourite of mine) a Rebel pilot and her somewhat wayward son. I adored each and every one of these characters, they were delightful to spend time with – even if they were extremely frustrating at times and made some spectacularly bad decisions! But, I’ve always found those are the best kind of characters!

I don’t remember the last time I had so much fun reading a series of Star Wars books – but that’s not to say the Aftermath books are simply light reading. A LOT goes down in these books and I definitely did some awkward public crying towards the end of the trilogy – you have been warned.

Hopefully you’ve seen my recent review of this book so I won’t get too heavy on the details here! I’ll just say that this is the only other Legends book in this post as I think it’s another good, standalone book for those not wanting to commit to a series over the summer. It can actually be a good Legends entry point to (although again I’ll warn to you avoid it if you are thinking about reading the New Jedi Order as there is a spoiler in the story. 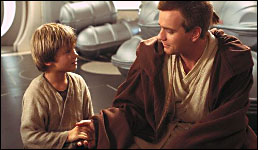 It’s set about 3 years after The Phantom Menace and we join Obi-Wan Kenobi and Anakin Skywalker as they go off on an adventure to a strange, living planet on the edge of the galaxy. This book was an absolute blast and full of everything that makes Star Wars great – it had a real George Lucas Star Wars feel to it if that makes any sense?! It’s a good old-fashioned space adventure with our favourite Master and Apprentice duo – set on a strange and exotic world filled with danger and excitement.

So there you have it! Just a handful of my Star Wars summer book recommendations! Of course, there is Thrawn: Alliances due out any day now, as well as the Solo novelization coming out in September so they are ones to keep your eyes peeled for as I’m 10000% confident they will both be great! If you want to know what I’m going to be reading this summer, check out my previous blog post as I’ve set out what I’m hoping to read as this heatwave that’s engulfed the UK shows no sign of stopping…