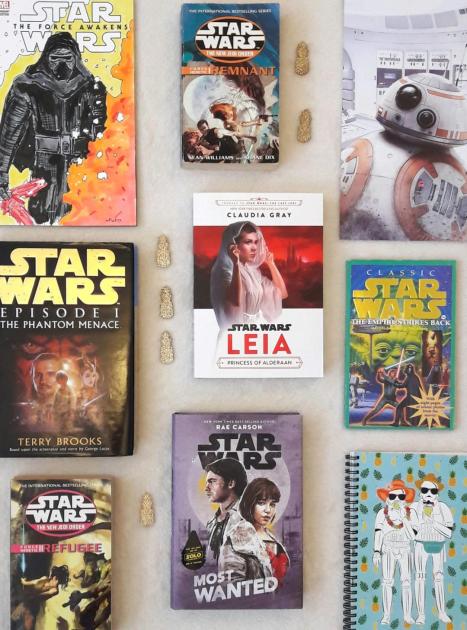 Hi guys! So a slightly different post here, I thought it would be a nice change if I just did a slightly more relaxed blog on what I am planning to read this summer (and what I’m currently reading). Not only should this be quite fun but I’m hoping it will keep me accountable so that I actually crack on this summer with my Star Wars reading!

At the moment I’m back in the New Jedi Order, reading the first book in the Force Heretic trilogy. Not sure if you know but the NJO is split into lots of standalone books, as well as duologies. This is the only trilogy contained in the series. My copy of this book is very battered but it’s making for some quite endearing, if somewhat dog-eared  Instagram pictures! Unfortunately Mara looks quite strange on the cover but this is somewhat redeemed by Luke reprising his sleeveless garb – a nice throwback to his Dagobah days!

At the moment, we’ve got Legends Luke at his finest – dropping lines like “…I’m not a diplomat, Captain. I’m a Jedi, I stand for life and peace, and I would never hold anything back for the sake of political point scoring. I’d rather get about the business of saving lives.” I really do miss reading Luke in the canon novels (I know I need to be patient – I’m sure there will be plenty more content in future after episode IX – but I’m not known for my patience haha!).

Our main crew have split up – with Han, Leia, Tahiri (yay) plus Jaina and her Twin Suns Squadron are heading out to re-establish contact with systems that have dropped off the radar somewhat. I’ve got a feeling we aren’t going to be seeing much of Kyp in this trilogy but hopefully I’m wrong as he always adds a bit of spice to proceedings. Luke, Mara, Jacen and Danni (I think I’m into it??!) are heading off to, wait for it, Zonma Sekot!! Woo hoo! I’m fully expecting this mission to be a crucial turning point in the war (imagining Luke flying the living planet into the Core to free Coruscant) but first they have to help out the besieged Imperial Remnant and, more important PELLAEON.

Finally, Nom Anor is clearly up to no good on the newly christened Yuuzhan’tar. Watch this space…

Anyway, I’m planning to finish the NJO by the end of 2018 so I really hope to wrap this trilogy up by the end of September to keep me on track! 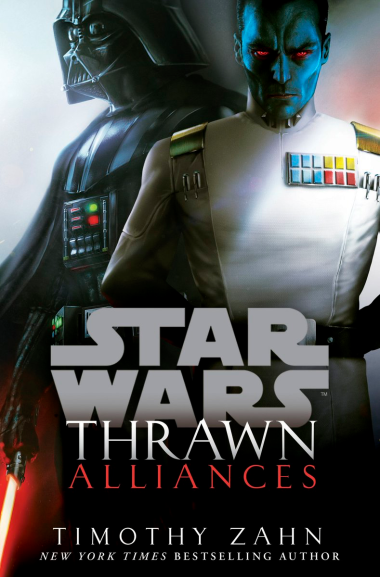 There is, of course, one book we are all going to be talking about this summer and that is the highly anticipated Thrawn: Alliances by Timothy Zahn! It’s being released on 27th July here in the UK (24th July in the US I think) and it’s basically Thrawn and Vader teaming up to stop a threat to the Empire – can it get much better than that? Turns out yes it can – Padme is in this book!! Errrmerrgerrd! I’m a fan of all things Thrawn (Legends and canon) and Padme too so to say I’m excited for this book is a bit of an understatement!

With Rebel Rising and Lost Stars already under my belt, I’ve got to say I’ve been pretty impressed with the YA content that Star Wars books have been putting out. So I plan to read a couple more YA books over the summer as they should break up my NJO trilogy nicely without making me take too long a break between books.

I’ve got Leia: Princess of Alderaan to read as well as Most Wanted. As you know Bloodline by Claudia Gray was one of my favourite books of the new canon and I’m on a massive Leia kick right now so I’m very excited to read a book about her backstory and her life growing up on Alderaan. I expect this to be quite a bittersweet read, especially with Bail Organa featuring heavily as I have too many Bail feels as it is!

Turning to Most Wanted, I adored Solo and absolutely can’t wait for it to come out on DVD so I can re-watch to my heart’s content. One of the stand out characters for me was Qi’ra – she’s such a complex and fascinating character and a great addition to the Star Wars universe. Most Wanted looks at Han and Qi’ra before they leave Corellia and I’m extremely excited to get stuck into this – I’ve already heard some good feedback from my Internet buddies so have high hopes!

I have a bit of a strange relationship with Star Wars movies novelizations as although I’ve only read one (The Force Awakens) and didn’t particularly care for it, I own three novelizations and am extremely hyped to read all three for different reasons. Moral of the story – don’t let one less than awesome experience put you off!

Although I have heard outstanding things about the Revenge of the Sith novelization, I’m not planning to read it first as I’m a slightly obsessive person who needs to read things in order! So, as you’ll see from the picture, I picked up The Phantom Menace novelization from an amazing comic book store earlier in the month and I plan to read it this summer. I’ve watched the Shannara Chronicles on TV which I know were based on books written by this author and it’s clear he has a great imagination so I’ll be interested to see what kind of picture he paints of TPM – especially given as it’s my favourite Prequel Trilogy movie! My expectations are high, they’re very high.

A small goal of mine here – rather than spend 15 minutes mindlessly scrolling through my phone, I’m going to instead try and spend that time flicking through a comic or reference book! I recently got given this beautiful copy of the TFA novel which I want to read, and I also want to finally finish Aphra’s comic too having stalled somewhere around issue 4. This might be a slightly ambitious goal, given the amount of reading already on this list but I would also really like to read the Poe Dameron comic as I hear it’s doing great things and also pretty important reading for the Sequel Trilogy. There, at least I have put that thought in writing so it makes it slightly more real!! Haha!

Anyway, that’s it! I might not achieve all of these over the summer as we are already in July but that is the road map ahead for me! Wish me luck!  And happy summer reading to all you guys – I hope you all read something sensational and remember to stay cool!