This book was, and I say this knowing fully well the magnanimity of this statement (in my little world anyway!), quite possibly the best Star Wars book I have ever read! Much like Dark Journey, Traitor is a character study of one half of the famous Solo twins, but more than that it is a look at the very nature of the Force, the Yuuzhan Vong and the Jedi themselves.

I’ve liked Jacen for a long time and missed him so much in the books after Star by Star, but until this book I never really felt like I knew him. Now, to me, he is the most fully realised character in the New Jedi Order. The journey he goes on during this book is nothing short of breathtaking. If you strip back all the drama, the galactic war and the Yuuzhan Vong, it is an account of a young man who comes to terms with terrible loss and takes his first real steps to becoming an adult.

Traitor looks at trust – the trust between friends and even the trust that can form between supposed enemies – and what it means to both sides when that trust is broken. This is also the first book that I’ve read in this universe that really deals with what it does to a person when they take a life. Even though Luke struggles with his conflicting role as a Jedi and protector – he always has the ability to shut off his feelings from what he is doing to become clinical in his killing. But Jacen really feels everything that he is doing – he has always struggled to come to terms with his role in the galaxy as a Jedi and this book finds the perfect path for him and I can’t imagine it any other way.

Jacen gets put through absolute hell in Traitor, not just physically but emotionally too. I fail to see how any other character could have survived what he went through – and the incredible thing about Jacen is that he didn’t just survive his ordeal, he thrived. Stover made great use of Jacen’s innate ability to connect with animals (the Yuuzhan Vong weapons are living remember?) and made it extremely relevant to his survival. Plus it’s always fascinating to see how a Jedi copes when their connection to the Force is removed (think Luke Skywalker in Heir to the Empire) and we see Jacen fall back on his Jedi training if not the Force itself. 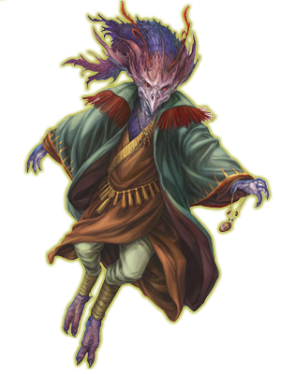 I can’t talk about this book and not talk about Vergere. She is the most complex and compelling character that I’ve read in fiction for a long time. Everything about her in this book was perfect, from her relationship with Jacen even to her relationship with Nom Anor. I hate and love her. I don’t think I’ll ever fully figure her out and I hope I won’t either. I’m actually a little nervous how other authors will write her because Stover write her so masterfully!

Between Jacen and Vergere, we get some of the most fascinating insight into what it’s like to be tempted by the dark side of the force. Not only that, but Stover presents an amazing look into why people are tempted by the dark side. As Jacen has a serious brush with the dark side, he blames his actions (like so many) on a temporary loss of control and Vergere replies with one of my favourite quotes from this book – “Out of control is just code for ‘I don’t want to admit I’m the kind of person who would do such things.’ It’s a lie.” For a character who allegedly speaks only lies, she certainly tells Jacen some hard truths in this book!

This conversation with Jacen leads us to the somewhat shocking revelation that the dark side is in fact within the Jedi themselves, not the Force. As Vergere says to Jacen –  “This is the shameful secret of the Jedi: There is no dark side. The Force is one. The Force is everything and everything is the Force. The Force does not take sides. The Force does not even have sides.” This lesson seems extremely relevant given the events of The Last Jedi right?! I really love this notion that the Force is entirely neutral, and it’s the Jedi themselves who are either bad or good. I’m so glad this is a theme they are deciding to explore in the new films.

Despite my saying that this book is very much about Jacen’s journey and character development, there is also so much happening in here. Stover presents an unflinching portrayal of what the Yuuzhan Vong and their technology are capable of. I think some of the most horrifying and appalling things the Yuuzhan Vong have done take place in this book and there are some scenes that will haunt me for a long time (“…it’s EATING me…” omgomgomg). Stover does not shy away from showing us just how alien the Yuuzhan Vong are, which in turn means he provides a brutal account of Coruscant’s horrifying transformation.

I get the feeling that nothing is going to be the same after this book. I’m worried how the others are going to receive Jacen and how he is going to cope being around them. I’m not sure how you go back to any kind of normality after something like this. Traitor was a real game changer for me and I know for sure that both Jacen and I are never going to be over this book!

Traitor definitely gave me the sense that the end is in sight for this series. It’s a strange an unsettling feeling because although I am desperate to have some sort of resolution to this series and an end to this awful war, I am not ready to say goodbye! Also, because the Legends stories are so well known, I do know where Jacen’s path will ultimately take him and I am 1000000% not ready for that! However, we’ve got a little way to go until that point. There’s a war to be fought and I’m sure that after Traitor, the Yuuzhan Vong are going to have a thing or two to say to Jacen Solo and the New Republic!

But remember, everything I tell you is a lie. And the truth.