If you follow me on Instagram then you may have spotted that I went to Star Wars Identities at the weekend! I thought it would be nice to do a little post here to share my experience with everyone and maybe provide some helpful tips along the way!

We pre-booked our tickets online at http://www.starwarsidentities.com/ and they were £25.00 each. They do offer deals for kids and families so keep your eyes peeled on the website! You can then pick your allocated time slot which works really well as there isn’t a massive queue and they can stagger everyone’s arrival. You can get to the O2 by hopping on the Jubilee Line in the underground, get off at North Greenwich station and the O2 is right there in front of you! There are some great photo opportunities at the billboards outside so do keep an eye out for these as the detail that has gone into them is ahhhmaaazzing! There’s TONS of food and drink places once you’re inside the O2 if you are feeling peckish and lots of the restaurants offer discounts if you show them your Identities ticket so look out for these!

When you get in to the exhibit you are given a little earpiece so you can hear all of the audio that is dotted around and you are given a wristband to wear. The   exhibit is partly the interactive ‘quest’ to find your Star Wars identity (which is why the wristband is needed) and the rest features a staggering exhibition of costumes and props from the movies. They had a really great mix of original trilogy props and prequel trilogy material – however there is only little bit from The Force Awakens so just be aware if you were hoping for that – they are probably still using all the props for Episodes VIII and IX!

It was just mind-blowing to think that all the items you are looking at were the real deal and actually used on the films back in the 70s and 80s. There were also some awesome concept art which gave a great insight into George Lucas’ thought processes and how all his ideas came to fruition. These contained some fascinating nuggets of information – like, did you know that Yoda was originally going to be called Minch?! No kidding!

The droids they had on display were incredible and it was a little overwhelming to stand in front of the real R2D2 to be honest – and he’s bigger than I realised too! (Note – you obviously can’t touch anything but that really doesn’t matter – you get close enough to have a really good stare!) It turns out they had models for the Clone Wars battle droids, even if most of them were CGI in the films, they built life size models for reference which was awesome.

There was such an amazing amount of work and detail that went into every costume, prop and puppet and I thought the whole exhibit was fascinating. Of course some of the best costumes to look at were Padme’s from the prequel trilogy and I was so glad that they had included some of these!

I also felt a bit emotional when we got to the Jedi section – I am in the thick of watching the Clone Wars TV series so seeing Anakin, Obi-Wan, Kit Fisto and Plo Kun caused me some significant fangirl flailing!

I think this exhibit is an absolute must for fans of the films. There is plenty to see and do that will keep people engaged and entertained even if they only have a passing interest in the films. I could see that kids particularly enjoyed all the interactive quests to find their Star Wars identity, plus of course the costume of Darth Vader at the end. However I would say that this isn’t the sort of thing that will keep very young children engaged for long so it might be worth leaving the tots with a babysitter if you want to take everything in because the enjoyment of this exhibit is all in the details! If you are interested in going, just remember that it’s only running at the O2 until 3rd September 2017 then it’s moving on. So make sure you go over the summer if you want to catch it! Overseas fans – fingers crossed it’s going to do some globetrotting! Overall, Star Wars Identities is a brilliant exhibition, I had such an amazing experience and it’s just incredible to see all the time, effort and detail that went in to making my favourite films! 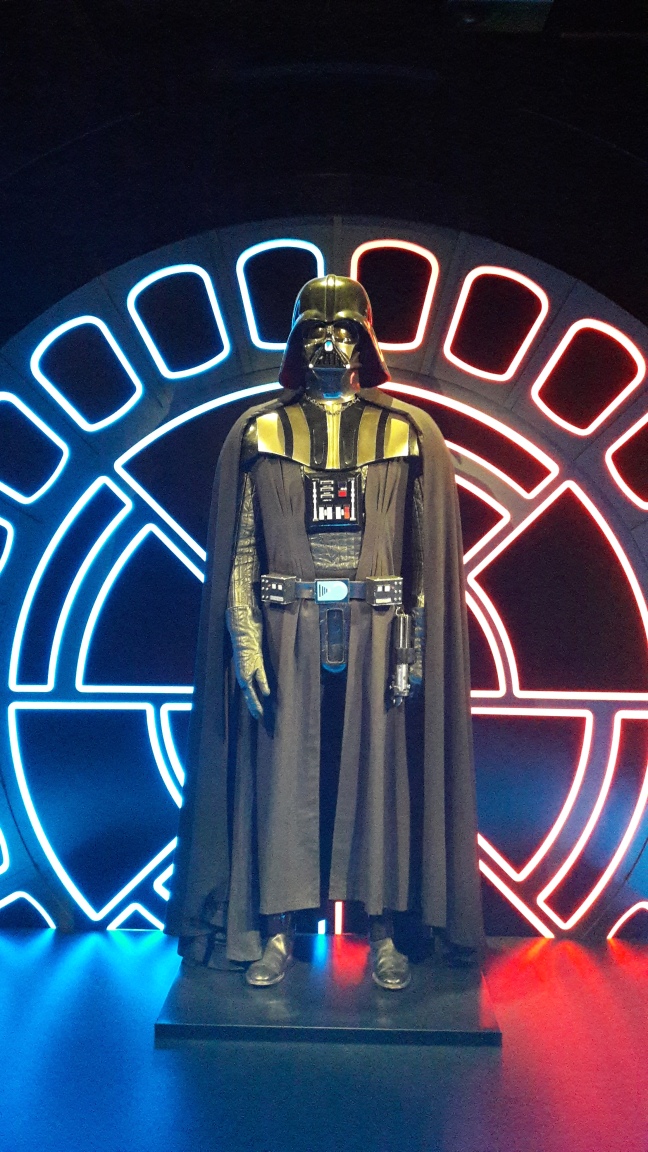